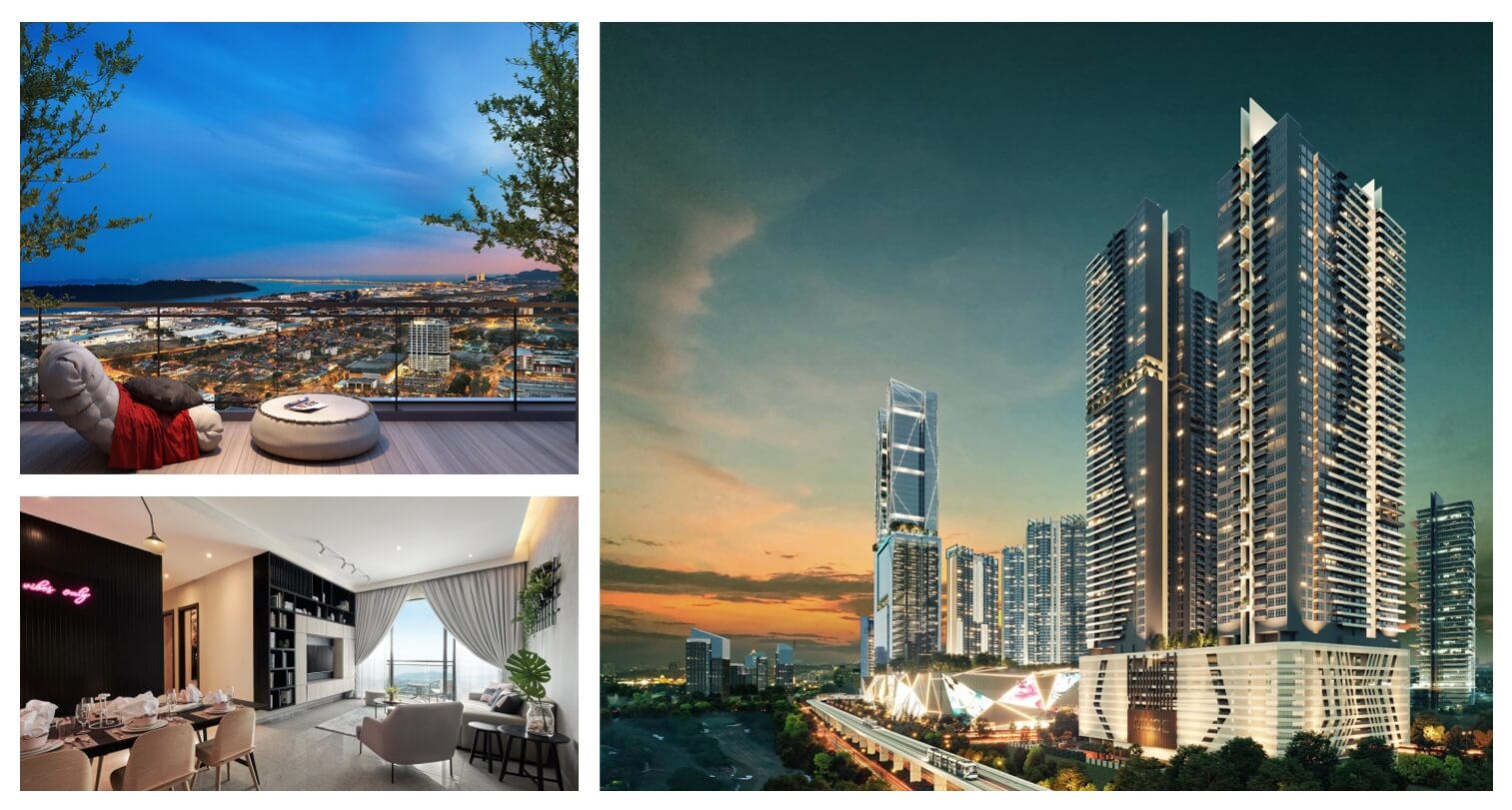 Investing, Shojin
View all blogs
Shojin, an FCA-regulated online real estate investment platform, has successfully raised over £850,000 from more than 40 global investors for its first international project outside of the United Kingdom.
The funds will be used as an initial deposit to acquire 20 apartments within Muze, the first residential phase of the multi-billion Ringgit Penang International Commercial City (PICC), a ground-breaking smart city development by leading Malaysian developer Hunza Properties Group.
PICC aims to create green sustainable living in a safe and secure environment, with smart technology and a fully integrated Light Rapid Transit station to maximise convenience.
Penang is a scenic coastal city situated on the north-western part of Malaysia by the Malacca Strait. It is one of the most economically vital regions in Malaysia and is the second largest city by population. Among its numerous accolades, Penang is rated as “Asia’s Next Silicon Valley” by the BBC, the “Third Best Island to Retire in the World” by International Living, and “Medical Travel Destination of the Year 2020” by the International Medical Travel Journal.
In recent years, the state of Penang has emerged as a popular property investment destination among Asian investors due to its flourishing economy. Penang is a prominent semi-conductor manufacturing hub, contributing approximately 8% of all global semiconductor output. Penang houses manufacturing facilities for over 300 multinational corporations and over 3,000 small and medium enterprises including Intel, HP, Dell and Sony. On 17 December 2021, Intel, the world’s largest semiconductor manufacturer, confirmed its US$7 billion expansion project to build a new computer chip manufacturing facility in Penang’s Bayan Lepas Free Trade Zone. This was in response to the global semiconductor shortage spurred by the surge in demand for computing devices during the covid-19 pandemic.
Jatin Ondhia, Shojin CEO, said: “Penang is a hugely valuable and significant location, especially with the world’s growing reliance on microchip technology, which explains why it received the highest level of foreign direct investment in comparison with all other Malaysian states in 2019 - as high as 27.8% of Malaysia's total approved investment. The fact that we can be a part of such an exciting and growing community is a testament to not only the team at Shojin, but all the partners we work with as we take this first step into the global property investment landscape.”
PICC's Exclusive Agent based in Hong Kong, Theresa Fok, Managing Director of Jade Land Properties, said: “Penang is a highly attractive location for Hong Kong investors looking to purchase a property abroad for investment, self-use or retirement, due to striking similarities between both cities. Of Malaysia’s thirteen states, Penang is the only state in which 59% of the island’s population is of Chinese ethnicity such that Cantonese, Mandarin and English are used in everyday life. Penang is also a former British crown colony, and a common law legal system is upheld. Given that there is limited developable land on Penang Island, property prices are steadily rising.”


Shojin operates in the online real estate investment market, forecast to grow from $15bn today to $800bn by 2027. The company was created to make investing into mid-market property developments simple and affordable through co-investment while providing developers with a consistent and trusted source of junior finance. Typically, such institutional-grade property deals are only accessible to the top 1% of the world’s adult population, who control 45% of global wealth. Shojin enables intelligent investors from over 40 countries to access this market from as little as £5,000. To date, Shojin has raised over £34m across 29 projects.
Mr Ondhia added: “Having focused exclusively on the UK property market until now, I’m enormously excited to see our first raise outside the British Isles, which demonstrates the power of the model and our success to date.”
Further information
Muze is part of the Penang International Commercial City (“PICC”), a new 43-acre cutting-edge smart ‘city within a city’ project aiming to redefine global urban living. The unique mixed-use development contains 11 components, including an 800,000 square foot shopping mall, serviced apartments, 5-star hotel, A-grade offices, medical centre, central park and F&B boulevard. Muze is the first phase of the residential development at PICC and comprises two towers across 52 and 58 storeys. Block A will be formed of 394 residential units and communal facilities across 41 storeys, and Block B will be formed of 452 residential units and communal facilities across 47 storeys.

Become an enlightened Shojin investor today or get in touch with us at invest@shojin.co.uk.