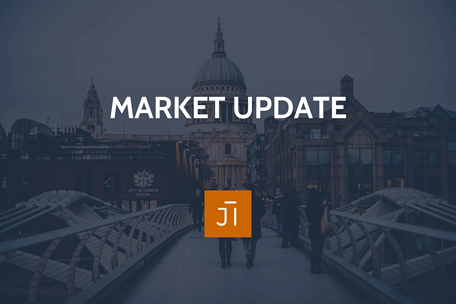 The impact of the COVID-19 pandemic continues to influence the global market outlook. There is evidence of a change in residential, retail and commercial sector investment caused by lockdown limitations, new lifestyles, and the varying speeds of national vaccine rollouts.

According to Savills (i), sustained economic recovery in advanced economies is now on the horizon, where an efficient vaccine rollout should encourage wider real estate investor confidence. Indeed, this, together with ultra-low interest rates, various government support strategies – such as the Stamp Duty Land Tax (SDLT) holiday - as well as the increased number of non-bank lenders, bodes well for investors in the long term.

In terms of a potential return to the office, government regulations relating to the health and wellbeing of employees, including social distancing, means that more space is now needed per employee.

As for the commercial sector, redundant retail space is being repurposed, as ecommerce alters the way one shops and hence warehouses and data centres are on the increase in terms of demand, to satisfy the requirement for distributions to take place and for storage space.

The roaring 20’s continued in the residential market, as 2021 started as brightly as 2020 ended. As illustrated below in Figure 1, transactions of residential properties remained healthy and on an upward trajectory, as buyers continued to purchase homes that fitted in with their new way of life. This often involved a move to more spacious accommodation with an outdoor area and less focus on being close to the office. According to Savills, House prices fell slightly to 0.5% in March, however, are still up 5.7% year-on-year. (ii)

It was noted by Hamptons, a leading UK property agency, that the past year has seen more first-time buyers than any other type of buyer. Prices of one-bedroom apartments fell between 6% -10% within London, thus making them more affordable (iii). Additionally, the market has been largely driven by mortgaged home movers versus cash buyers, whose numbers were up 35% in January 2021 (compared to January 2020), due to the increased availability of mortgage products. (iv) This along with the pressure of completing a deal whilst still in the Stamp Duty Land Tax (SDLT) holiday, saw activity thrive.
As shown in Figure 1 below provided by the HMRC, the number of transactions recorded in December 2020 had increased by 31. 5% compared to December 2019. (v)

Figure 1: UK Residential Property Transactions. Source: HMRC January 2021
According to Savills,  this trend continued to increase into 2021 and February saw more than 120,000 transactions for the first time since 2005 (iv). Furthermore, HMRC released data from April, shows that there were 180,690 UK property sales in March alone – a 50% increase on the February record breaking numbers. (vi)

Knight Frank state in their Q2 2021 London Residential Review, that Prime London sales have been at their most active in 5 years as illustrated below. (In the Figure, PCL means Prime Central London and POL means Prime Outer London.) (vii) 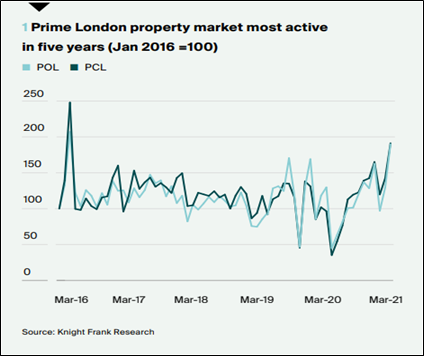 Figure 2: Prime London property transactions index. Source: Knight Frank March 2021
This shows that market sentiment is currently still positive and that there has been recent optimistic activity in this sector.
Looking forward to mid-2021, a potential lull in activity may originally have been anticipated due to expected high inflation and the increase in unemployment. This high inflation would be brought on by the continued fiscal support, such as the furlough scheme, loans provided by the government and monetary policy of continuously low interest rates. The increase in unemployment would have been expected due to the sustained closures of sectors such as hospitality, retail, and entertainment.

Although, given the above, a lull may occur to some extent, the extension of the SDLT holiday to the end of June 2021 (with a staggered return to normal stamp duty rates till September) and the successful deployment of over 35 million vaccinations should see sustained buyer confidence, as indications, highlighted by Savills, are now that strong purchase activity will resume (iv). Knight Frank concur, adding that this extension is likely to encourage participants to act sooner rather than later to benefit from this saving, thus keeping transactions flowing and pricing competitive. (viii)

The expectation of people slowly being integrated back into office space, along with the return of the hospitality sector, will counter the necessity to only work from one’s home and thus may then reduce the urgency for residents to “upsize”. This may cause homeowners to drift away from this school of thought regarding larger homes, however, it will encourage many others to potentially seek accommodation in areas, once again, near city centres and with strong transport networks, in the belief that urban living will return. (iii)

According to Savills, toward the latter parts of this year, economic fundamentals should come back to the fore. Economic growth and more certainty in the future economy as we exit from lockdown should drive further demand in the housing market. These factors will help continue to provide potential buyers with the extra purchasing ability necessary to complete acquisitions they may not previously have been able to. (i)

Knight Frank indicated that prices should increase from 2% up to 5% in varying regions of London for 2021 and thereafter from 3% to 7% for the foreseeable future. The UK should see stable growth of 4% to 5% through to 2025. (vii)

Figure 3: UK Housing Price Growth Predictions. Source: Knight Frank March 2021
Market studies from Hamptons support the above table, where they believe that a pick-up in housing prices will occur, as we move toward the end of 2021 and into the coming years of 2022 and 2023 (ix). According to Hamptons - in the Greater London area, 2022 should see growth of more than 2% occur increasing up to 4% in 2023.

A report by Savills from March this year, indicated that the rental market should gain strength over the course of the next 4 years (x). The difficulties that were brought on by COVID-19 in terms of sustaining rental payments and a strong move toward purchasing homes, has seen the rental market in London struggle. A return to a closer form of normality with the lockdown lifting roadmap ahead, should see a healthy resurgence in this sector. This should be brought on by the return of students and young professionals – generally not in a position to buy homes yet - to the city centres and surrounding areas, as companies return to offices and students to campus.

Savills also stated that rental values of prime property through the commuter zone continued to rise, increasing by 2.5% on average, to bring annual rental growth to 5.4%. (xi)

They anticipate that UK wide rentals will increase by 17% by the end of 2025 and an increase of 19.3% is expected in London alone within the same timeframe. Both the mainstream and Prime rental forecasts look positive for the future as seen in Figure 5 below.

Build to Rent continues to be an attractive investment with Savills reporting that £1.2 billion has been invested into UK Build to Rent assets in the first quarter, as illustrated in the figure below. Investors’ key targets remained the core cities, with nine funding deals occurring during Q1. (xiii) 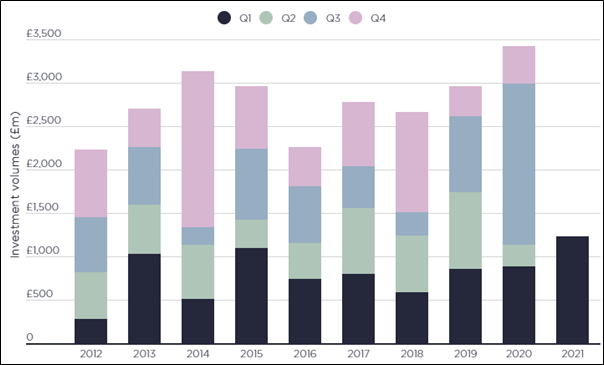 Figure 5: Investment volumes in UK Build to Rent assets. Source: Savills April 2021
With the majority of the BtR tenant profile being between the ages of 26 – 40, the location of these developments is crucial – with these tenants generally wanting quick access to the office and vibrant areas in town. On average, 80% of these tenants fall below the age of 40 years old, meaning that catering for the needs of this age profile is extremely important. (xiii)

In terms of the development of BtR properties, Savills highlighted that over the past year, the number of homes with planning consent has risen 27% to 45,000 homes. During Q1 2021 alone, 25 schemes gained full planning permission with capacity for 7,000 homes. Construction is therefore expected to be healthy, given the number of homes with planning approved in the pipeline. This increase can be seen in Figure 6 below. 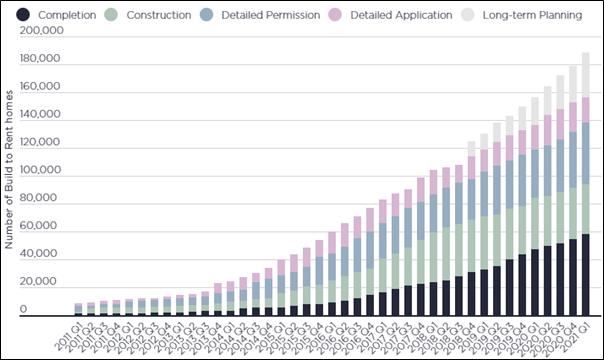 PBSA attracted £5.77 billion of investment in 2020 which is up 5.7% on 2019 figures. (xiv) Savills reports that although rent collected and occupancy rates did fall over the course of the last year, PBSA assets were much more resilient compared with other sectors such as retail or hospitality.

Looking forward, there has been an 8.4% increase in University and Colleges Admissions Service (UCAS) applications for 2021 as people tend to go back to formal educations during an economic crisis. UK higher education is still highly attractive to global students, as Savills highlighted in their “Spotlight: PBSA” report that there were 130,000 university applications from Chinese students in 2021, who are more than 2.2 times more likely to live in PBSA than domestic students. Applications from the USA, whose students are 1.9 times as likely to live in PBSA than students from the UK, rose 60.7% year on year. (xiii) This also supports the strengthening of the rental market as mentioned above.
CONCLUSION

The impact of the pandemic has naturally altered forecasts and investment decisions. The resilience and adaptability of the residential property market through this phase is encouraging for the long term.

Economic growth and more certainty in the future economy should help to strengthen the market, as the roadmap back to normal life is followed. The continued fiscal support provided by the government, the extension of the SDLT holiday and the successful rollout of vaccinations have given rise to ongoing purchasing power. All the above points toward a positive outlook for the residential property market over the course of the next few years.
REFERENCES