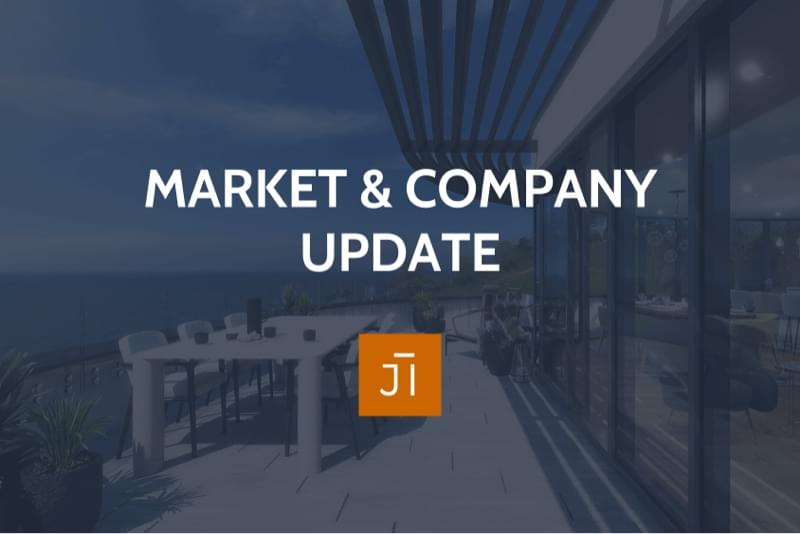 Property Market, Shojin
View all blogs
I hope that you are well and coping with the ongoing restrictions as a result of Covid. It is good to see some light at the end of the tunnel, but dare I say it will be a while before we see life return to full normality. After experiencing such a strange year, we can now sense more of a direction forming in the UK property market and I thought it a good time to share some insights with you.

The UK property market experienced a significant jump after the first lockdown ended. The summer was unseasonably busy, with Halifax reporting the highest price growth since 2016. This was due to several years of pent up demand.

Before Covid, we had experienced a long period of uncertainty with Brexit. The election result restored confidence in the housing market and transaction volumes increased considerably. Rightmove’s House Price Index surged 2.3% in December and January alone. Unfortunately, this rally came to a sudden halt during lockdown.

Post-lockdown, we saw an almost immediate increase in market activity. This was partly driven by the Chancellor's removal of stamp duty for the first £500,000 of any property purchase. It was further fuelled by necessity – families upsizing to get more space and young buyers keen to move into their own home.

The stamp duty holiday and upcoming tax changes for foreign buyers will continue to support transaction volumes for the next few months, but we can sense on the front line that the market is starting to level off. A significant rise in unemployment has so far been contained by providing government support, but as that support is withdrawn it is expected that unemployment will increase substantially.

On a good note, with the announcement of several vaccines now being proven, there is cautious confidence in the future, feeding into businesses, jobs and the economy as a whole.

Geographically, major cities outside of London were starting to outstrip London in growth prior to the lockdown. Cities such as Manchester, Liverpool, Birmingham, Leicester and Nottingham had seen strong support from buyers, both domestic and international. The lower cost of living in those cities was stealing business and talent away from London, backed by huge government initiatives to boost activity in the Midlands and the North of England to level the national playing field. Interestingly, as soon as Covid hit, London fell back into favour with international investors seeing it as a long-term safe haven.

There is still significant domestic demand for housing, with a shortfall in housing stock that will take at least 15 years to fill. The government's white paper on housing suggests that we need to build 300,000 homes per year. Only 240,000 homes were delivered last year, a 20% shortfall against targets.

The entire economy has been battered this year at a level not seen since the Second World War and unfortunately Brexit is going to create even more uncertainty. The Institute for Fiscal Studies states in their latest report that households will be responsible for the recovery, which in turn requires an active economy with plentiful jobs. Bold government action is needed to provide the initial economic boost and set the road to recovery. Rishi Sunak has proven his willingness to open the nation's purse to soften the impact on households; Boris Johnson has announced his New Deal to "build back better", including mass investment in large scale infrastructure projects, which rightly help to spread the wealth to those at the lower socio-economic sections of society. Unfortunately, tax rises are inevitable!

Where does all this leave UK property, I hear you say?! Having experienced the post lockdown bounce and with Christmas now so close, analysts expect a more stable environment until about Easter next year when transaction volumes should start to increase. The key is to focus on good property in good locations. We still favour major cities across the UK as well as London and commuter zones. While some expected that there would be a rush for the countryside with people leaving the cities in droves, the reality is that people still love cities with all the activity, restaurants, bars, clubs, theatres and museums. In the words of Mark Twain - "The rumours of my death have been greatly exaggerated" - the same can be said for London and other major cities where demand clearly outstrips supply. 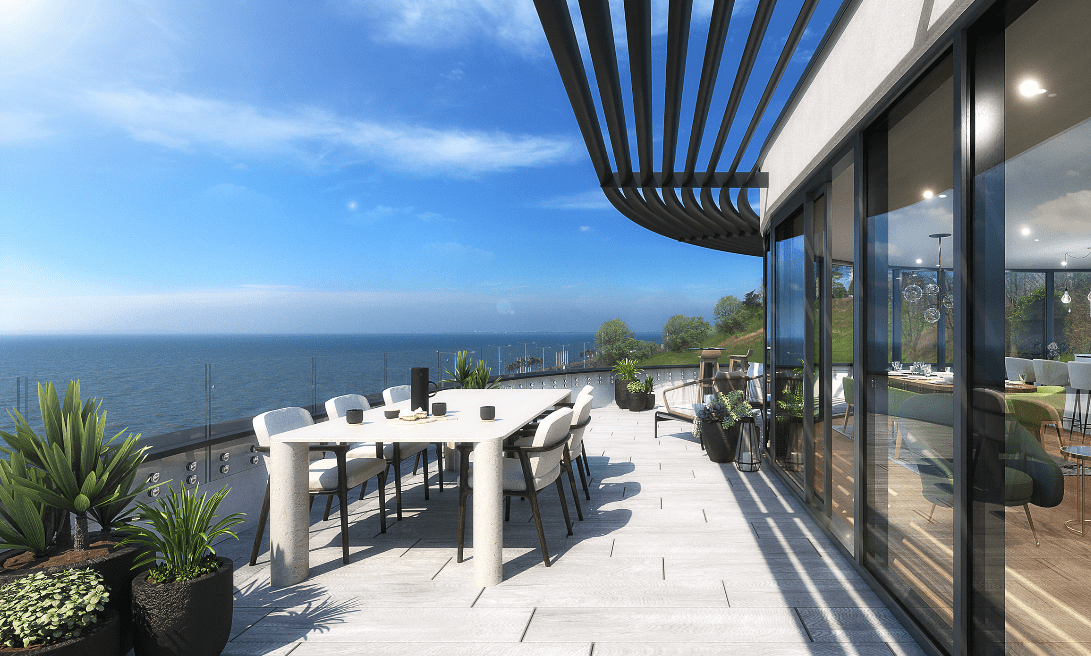 With Covid spreading throughout the world and hampering new business, we have been unable to launch many new projects this year. However, those that we did launch have done very well and existing projects have mostly continued to perform as expected:

Leicester - The three tranches in the Leicester Student Accommodation and PRS scheme sold out very quickly. The developer is in the process of signing a future funding agreement, targeted to provide investors with an early partial return of capital and profit in mid-2021.

Southend - The waterfront scheme in Southend-on-Sea continues to progress at a breath-taking rate. The developer continued work throughout the first lockdown and the groundworks and frame are now complete. Work is now starting on the internal areas. Sales have commenced with a very strong start, not least with a £1m penthouse selling during the height of Covid, see CGI above. We anticipate full exit in late Q4 2021.

Nottingham - the scheme suffered from an exodus of students in the third term following the Easter holidays due to the Covid lockdown. September has started very positively however, with the building fully occupied. Southampton - many sales fell through during lockdown and although some recovered afterwards, we have several units left to sell. We are structuring an exit for all investors and hope to start paying out the remaining capital and profits soon.

Birmingham - the project was stopped during lockdown due to lack of supplies, but the developers have really pulled it back. The main building is almost complete, see images below, and sales due to go through. Work is now starting on the three townhouses and full project exit is expected in mid-2021.
New projects
We had launched and funded a project in Earl's Court which was filled within a short time. Unfortunately, the developer was then unable to exchange on the site and the deal fell through. It was our first London-based project in over four years and, together with investors, we were very disappointed that it did not go through.

We are very pleased to note however that we have been working on a second London project which is due to launch soon and potentially complete before the end of the year. The site has already been exchanged and is in the control of the developer. Risk and return will be similar to the Earl's Court project. We shall circulate details very soon.

I am very pleased to report that our accounts for the year to June 2020 will be submitted shortly and we are going to be reporting a healthy profit. Fintech firms usually run losses for many years before, if ever, turning a profit. This is therefore a huge milestone for the company and a reflection of our sound business model - we are taking the traditional industry of Real Estate Private Equity and overlaying it with a modern Fintech angle with the online investment platform. None of this would be possible without the support of all our investors and I would like to really thank each of you for helping us get here.

As many of you will be aware, we trimmed down the team two years ago to really focus on the high-value parts of the business. The current team have been working extremely hard throughout all of lockdown and we have decided that now is the time to bring in some new hires. We are recruiting for financial accountant and investment analyst positions. In case you know anyone please to put them in touch and we can share a full job specification.

A short while back we created a marketing video which will be shared on social media and other outlets. In case you're interested, please take a look here. Please do share the link with anyone you think would be interested.

As always, do let us know if you have any questions, comments or suggestions. The best way to reach us is to email invest@shojin.co.uk.
Shojin Property Partners uses cookies to give you the best online experience. By continuing to use this site, you agree to our use of cookies.
Cookie Settings