You could lose all of your money invested in these products. These are high-risk investments and much riskier than a savings account. ISA eligibility does not guarantee returns or protect you from losses. Some investments on this website are only available to investors who meet certain net worth or investment sophistication criteria.

Refer to our Key Risks.

UK GOVERNMENT POLICY: WILL IT HELP OR HINDER THE PROPERTY DEVELOPMENT MARKET? 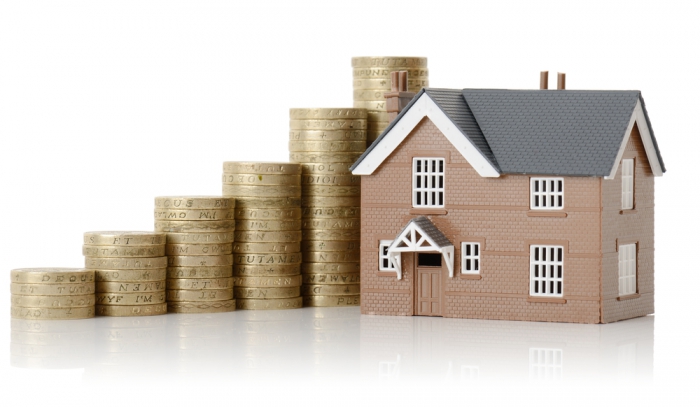 October saw temporary Permitted Development (PD) rights not only extended but made a permanent feature in the development market from May 2016. This came as positive news to the nation’s developers in the context of how successful it has been since mid-2013. From April 2014 to June 2015 there have been over 4,000 office-to-resi conversions. The new regulations see PD rights extended from not only converting offices to residential but allowing demolition when conversion is not the most efficient method. The legislation also extends conversion potential to light industrial and launderettes. As it has been such a successful legislation over the last few years, there will be plenty more conversions to come as many developers were stalling conversions while awaiting the outcome of this policy. In the short term, this will help to somewhat ease the country’s affordable housing crisis. Having said this however, the majority of past successful conversions were based on offices which allowed for the easiest of conversions. – As supply falls and quick-and-easy conversions become trickier we may see this new growth sector taper off somewhat in the longer term. Furthermore, this does not take into account the impact PD rights have had on the squeezed office market in major UK cities.

The relatively new asset class slightly late to the property party, Private Rented Schemes (PRS) are taking the UK by storm. With the number of households who privately rent hitting 19% in the UK according to an English Housing Survey, and with ‘Generation Rent’ set to overtake the number of private owner occupiers with a mortgage by 2025, this sector is very much at the beginning of its growth cycle and provides a huge amount of opportunity. Being pushed to the front of the queue by the constantly rising property market which is stopping individuals from owning a home, PRS is filling the gap appearing in the market. To make this a viable alternative, significant investment is required in the industry and institutional investors are gearing up for the long term. Although only currently making up 2% (£18 billion) of the industry, institutional investors invested £2.5 billion in the pipeline in 2014 alone, which is a significant amount considering their market share. Investors are attracted to the relatively high yields available from a stable asset as well as the capital growth aspect for long term holds. The government has expressed backing for the sector by introducing the Build to Rent fund (increased from £200m to £1bn in 2013), Affordable Housing and Private Rented Sector Guarantee Schemes over the last few years which were mainly aimed at institutional investment. However, recent announcements from the government still point towards support for home ownership which indicates there is still some way to go for the UK to fully accept privately renting as a long term solution.

The government also released a Housing Bill in Q3 which, among other items, resulted in a new policy - the Starter Homes Initiative - attempting to combat the ever-present issue of affordable housing in the UK, particularly the South East. In overview, the new policy relaxes planning requirements for developers to allow for a 20% discount on the market value of the property. These discounted units will then be offered to first time buyers under the age of 40. These homes would be in lieu of usual affordable housing requirements and will be on typical brownfield sites where it may be currently unviable to develop affordable housing planning rules. This promotes the redevelopment of brownfield sites which was a key policy of the Conservatives and is a step in the right direction to provide more affordable homes on underused land. Previous attempts at rectifying the squeezing out of first time buyers, including Help to Buy, were demand-side policies and could in fact have assisted in making homes more expensive. Although this may have echoes of the Help to Buy scheme, the new policy does also apply to the supply side and should provide some progress in achieving the one million new homes by 2020 pledged by the new government. However, not wanting to put a dampener on, it is well known that developers will only build as long as there is a certain level of demand in the market and will quite happily sit on land if the market becomes flooded.

With the Conservatives having pledged in their manifesto to hold an in-out referendum and having won office, this is very much on the agenda albeit at the end of 2017. With so much foreign investment currently propelling the property market, and Europe being our largest trade partner – there is bound to be some uncertainty from those with a higher exposure to global matters (which in the London market is the majority). Compared to the Scottish referendum in 2014, where many sat on properties before the votes were in, I can see many funds trying to rid themselves of surplus UK stock to avoid any bad tastes in the potential aftermath of a Brexit. This would provide some opportunities for those being priced out of the current seller’s market.

All in all, for those in property sector there is much to digest and strategise upon over the next few years considering what has been summarised above. Whether it will help or hinder will depend on an individual’s position in the property market be it vendor, buyer or developer. One thing is for sure, the property market is fast evolving into a core asset class and legislation will continue to change as long as its popularity for trading continues to increase.Learn more about Shojin Property Partner’s and how we can help fund your property development. Visit our submit a project page to apply for development funding.